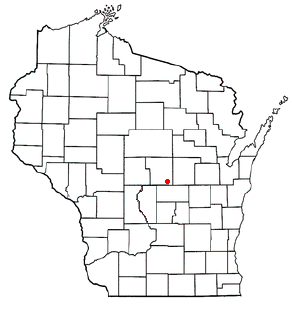 Blaine became the site of a rural post office in 1876 and was probably named after James G. Blaine, a leading Republican who was defeated in the 1884 Presidential election. The community included a country store, a Methodist church, a creamery, a blacksmith shop and a grange hall. The post office was discontinued in 1903, but the grange hall remains, serving as the Belmont Town Hall.

Blaine is home to the Blaine Store, a church and several houses.

All content from Kiddle encyclopedia articles (including the article images and facts) can be freely used under Attribution-ShareAlike license, unless stated otherwise. Cite this article:
Blaine, Portage County, Wisconsin Facts for Kids. Kiddle Encyclopedia.