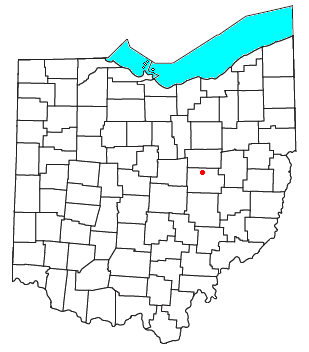 Blissfield is an unincorporated community in southwestern Clark Township, Coshocton County, Ohio, United States. Although it is unincorporated, it has a post office, with the ZIP code of 43805. It lies along State Route 60 between Warsaw and Killbuck.

Blissfield was laid out in 1890 when the railroad was extended to that point. The community derives its name from Bliss, a grandson of one Abram Weatherwax. A post office was established at Blissfield in 1889, and remained in operation until 2002.

All content from Kiddle encyclopedia articles (including the article images and facts) can be freely used under Attribution-ShareAlike license, unless stated otherwise. Cite this article:
Blissfield, Ohio Facts for Kids. Kiddle Encyclopedia.