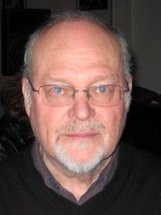 Brian Vincent Street (24 October 1943 – 21 June 2017) was an British professor of language education at King's College London and visiting professor at the Graduate School of Education in University of Pennsylvania. During his career, he mainly worked on literacy in both theoretical and applied perspectives. He was perhaps best known for his book Literacy in Theory and Practice (1984).

All content from Kiddle encyclopedia articles (including the article images and facts) can be freely used under Attribution-ShareAlike license, unless stated otherwise. Cite this article:
Brian Street Facts for Kids. Kiddle Encyclopedia.