The Brigham City Co-op was one of the most successful cooperative enterprises of the Mormons in Utah. 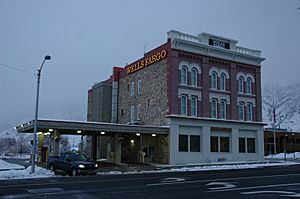 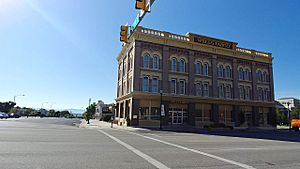 The building "is significant primarily for its association with the Mormon Church-sponsored Brigham City Mercantile and Manufacturing Association (the Co-op). The Co-op was a highly successful socio-economic system that dominated the local economy during most of its years of operation, 1864-1895. It was also a model for Mormon cooperatives established throughout the Utah Territory in the 1860s-80s. Most of the other co-ops failed quickly, and none approached the level of success attained in Brigham City."

The NRHP nomination states the building "is also architecturally significant as the best example of Victorian Eclectic commercial architecture in Brigham City." 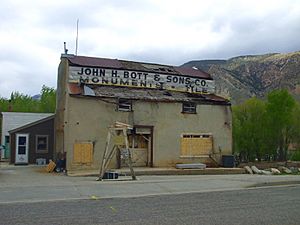 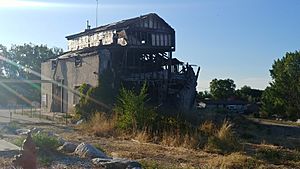 Backside of the Box Elder Flouring Mill in 2019

The mill had portholes intended for defense from Indian attacks, in its first story walls on the west, north and south sides. These were changed into windows and a door by John H. Bott during his ownership during the 1890s to 1914.

It has also been known as the Gristmill, and as Snow and Smith Mill and as Bott's Monument Factory. It was NRHP-listed as Box Elder Flouring Mill.

It was water-powered by Box Elder Creek. 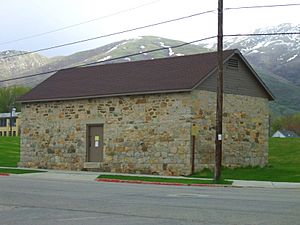 The granary was built in 1877. It was NRHP-listed as Granary of the Relief Society in 1990. 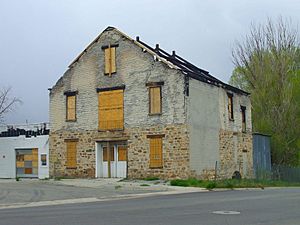 The planing mill was built in 1876. It is NRHP-listed as Planing Mill of Brigham City Mercantile and Manufacturing Association. It was also known as Merrell's Planing Mill.

All content from Kiddle encyclopedia articles (including the article images and facts) can be freely used under Attribution-ShareAlike license, unless stated otherwise. Cite this article:
Brigham City Co-op Facts for Kids. Kiddle Encyclopedia.