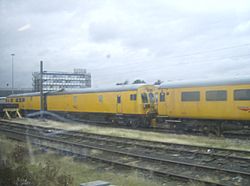 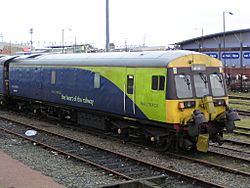 The Class 901 designation is used for two former British Rail Class 101 diesel multiple units converted for departmental use. They were reclassified from the Class 960 series in early 2004 by their owner Network Rail.

All content from Kiddle encyclopedia articles (including the article images and facts) can be freely used under Attribution-ShareAlike license, unless stated otherwise. Cite this article:
British Rail Class 901 Facts for Kids. Kiddle Encyclopedia.