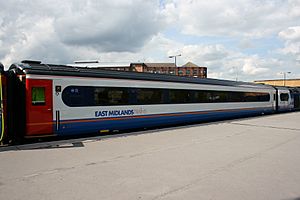 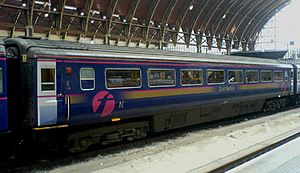 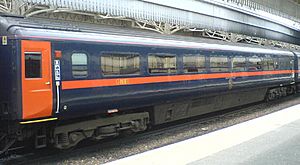 A Mark 3 TS coach pictured at Aberdeen, in GNER colours 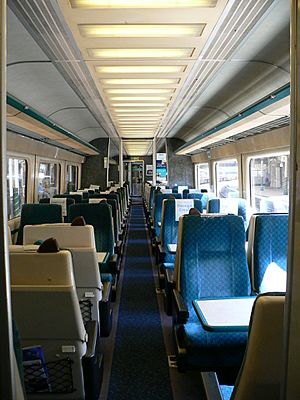 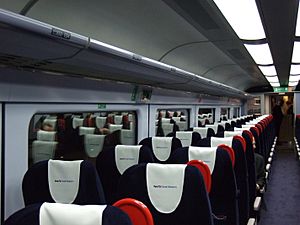 British Rail's third fundamental design of carriage was designated Mark 3, and was introduced in 1976 primarily for use on the High Speed Train (HST). The coaches were also used as conventional loco-hauled stock as part of the West Coast Main Line (WCML) northern electrification scheme in the mid 1970s, designated Mark 3A and 3B. The final batch was built in 1988, but Mark 3-based multiple units continued to be built until the early 1990s.

All content from Kiddle encyclopedia articles (including the article images and facts) can be freely used under Attribution-ShareAlike license, unless stated otherwise. Cite this article:
British Rail Mark 3 Facts for Kids. Kiddle Encyclopedia.