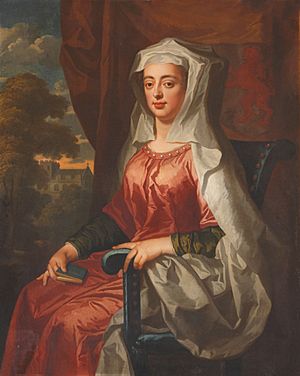 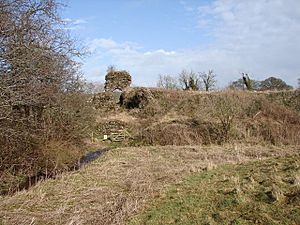 Buittle Castle, also known historically as Botle or Botel Castle, is a ruined castle in Galloway, south-west Scotland. It is located in the valley of the River Urr, 1 kilometre (0.62 mi) west of Dalbeattie. The castle is within the parish of Buittle, in the traditional county of Kirkcudbrightshire and is a scheduled ancient monument.

A motte and bailey castle was built by Roland, Lord of Galloway, in the 12th century, half a mile upstream from the later Norman castle. The castle passed by marriage to John de Balliol through the heiress Dervorguilla of Galloway, who built the Norman castle. Robert de Brus, 5th Lord of Annandale, captured the castle in 1286. The castle was in English hands in 1296. King Robert the Bruce captured the castle in 1313 and it was given to Sir James Douglas, Lord of Douglas. The castle came into Edward Balliol's hands in 1332, before being given to Archibald the Grim, 3rd Earl of Douglas, in 1372. The castle remained in the hands of the Douglasses until 1456, when the castle reverted to the Crown. The castle was later in the hands of the Maxwells and later the Gordons. The castle was slighted in 1595, and large portions of it, most notably the motte, became totally ruinous.

The ruins remained in the possession of the Maxwells of Munches until 1984 when they were gifted to Balliol College, Oxford by Peter Maxwell QC of Munches [1] himself a Balliol man. [2] 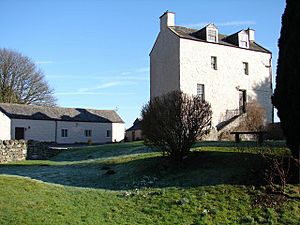 Old Place of Buittle, also known as Buittle Tower is a late 16th century fortified house with 17th century additions. By about 1790 the tower was a roofless ruin but in the mid-nineteenth century it was re-roofed to serve as accommodation for farm workers when it became part of the neighbouring Munches estate.

The current buildings comprise a courtyard on the site of the Inner Bailey. This courtyard includes the Buittle Craft Guild workshops, a printing office, a chapel created from a former outhouse and the L-plan tower house.

The tower is home to the Russian Orthodox Botel Abbey where two priests undertake regular services according to the ancient Use of Sarum. In September 2019 the abbot Fr James Alexei Cavendish was consecrated Bishop of Whithorn, Dumfries, and the Marches.

All content from Kiddle encyclopedia articles (including the article images and facts) can be freely used under Attribution-ShareAlike license, unless stated otherwise. Cite this article:
Buittle Castle Facts for Kids. Kiddle Encyclopedia.