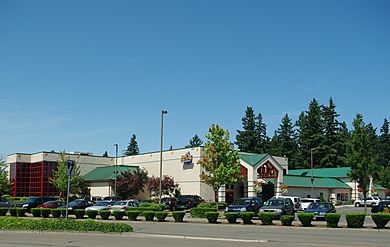 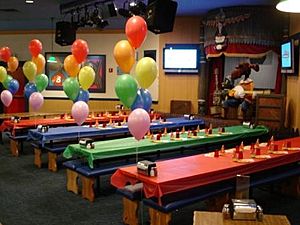 In 2019, the Wilsonville location completed a major renovation, which included the addition of a bowling alley and the replacement of batting cages with an additional parking lot, and a renaming as Bullwinkle's Entertainment.

All content from Kiddle encyclopedia articles (including the article images and facts) can be freely used under Attribution-ShareAlike license, unless stated otherwise. Cite this article:
Bullwinkle's Restaurant Facts for Kids. Kiddle Encyclopedia.