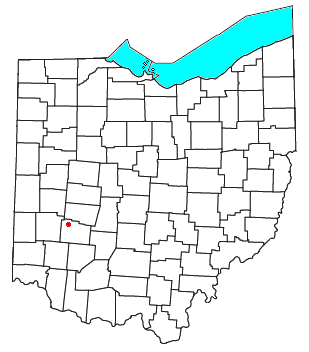 Byron was originally called Tylersville, after President John Tyler, and under the latter name was platted in 1841 on the road running between Yellow Springs and Dayton. The present name honors Lord Byron, an English poet. A post office called Byron was established in 1849, and remained in operation until 1902.

All content from Kiddle encyclopedia articles (including the article images and facts) can be freely used under Attribution-ShareAlike license, unless stated otherwise. Cite this article:
Byron, Ohio Facts for Kids. Kiddle Encyclopedia.