Camp H. M. Smith is a United States Marine Corps installation in the Hawaiian town of Aiea on the island of Oahu, near the community of Halawa (ha-la-va) Heights. It is the headquarters of the United States Pacific Command (PACOM), Special Operations Command Pacific, and Marine Forces Pacific, the Marine service component command of PACOM.

The camp, originally the Aiea Naval Hospital, was named for General Holland McTyeire Smith, the first commanding general of Fleet Marine Force Pacific, on June 8, 1955. The initials H. M. also stood for his nickname which was "Howling Mad" referring to his temper and given to him by his Marines. 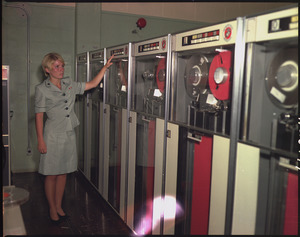 An Act of Congress on 17 March 1941 had approved purchase of the site, then a sugar cane field, for a Navy Hospital. In 1941, the investment for the 220½ acres of Camp Smith land, in "fee simple" (a Hawaiian real estate term for owning both the land and the buildings), was $912,000, and improvements cost an additional $14 million. Work commenced in July and progressed slowly. Following the attack on Pearl Harbor on December 7, construction of the planned 1,650-bed facility was rushed to completion. With Admiral Chester W. Nimitz in attendance, the hospital was commissioned on November 11, 1942, but continued expansion was necessary.

Throughout World War II, the Aiea Naval Hospital served as a stopping off place for thousands of wounded sailors and Marines on their way home from the war in the Pacific. Hospital activity peaked following the battle for Iwo Jima in February and March, 1945, when 5,676 patients received medical care simultaneously.

On June 1, 1949, the hospital was deactivated and Army and Navy medical facilities were consolidated at what is now the Tripler Army Medical Center. In 1950, the Territory of Hawaii began negotiations to obtain the Aiea facility for a tuberculosis sanitarium.

In 1955, however, the Marine Corps selected the site as the home of the Fleet Marine Force Pacific. The first Marines took up residence in October 1955; the headquarters staff placed the camp in full operation just two weeks before its dedication on January 31, 1956.

Camp Smith today consists of 220 acres (0.89 km2) at Camp Smith proper, 137 acres (0.55 km2) at Puuloa Rifle Range in Ewa Beach, and 62 acres (250,000 m2) in Manana Housing. Camp Smith is unique in that it is the only Marine Corps installation that supports a unified commander, Commander, Pacific Command (CDRUSPACOM).

All content from Kiddle encyclopedia articles (including the article images and facts) can be freely used under Attribution-ShareAlike license, unless stated otherwise. Cite this article:
Camp H. M Facts for Kids. Kiddle Encyclopedia.