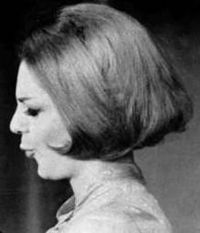 Carole Shelley (16 August 1939 – 31 August 2018) was an English actress. She was born in London. Her many stage roles included the character of Madame Morrible in the original Broadway cast of the musical Wicked. She won the Tony Award for Best Actress in a Play for her performance in The Elephant Man in 1979. She also starred in Wicked and in Robin Hood.

Shelley died of pancreatic cancer in Manhattan on 31 August 2018, aged 79.

All content from Kiddle encyclopedia articles (including the article images and facts) can be freely used under Attribution-ShareAlike license, unless stated otherwise. Cite this article:
Carole Shelley Facts for Kids. Kiddle Encyclopedia.