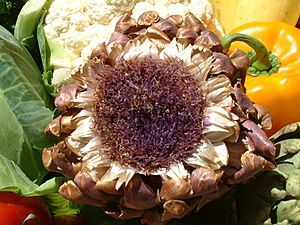 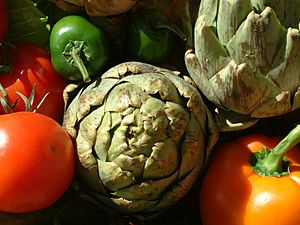 Castroville Artichoke Festival is a food festival held annually in Castroville, a town in Monterey County of the U.S. State of California. The city, which calls itself the "Artichoke Center of the World", began promoting the artichoke with a festival in 1959, and the festival has grown so large that it has been moved out of the town, into a nearby convention center. Castroville Artichoke Festival 2009 marked the 50th anniversary of this celebration.

Artichokes were brought to California by Italian immigrants in the late 19th century, and to Castroville in the 1920s when Andrew Molera planted an acre of artichokes on his ranch. In 1922, Angelo del Chiaro and his cousin leased 150 acres from Molera and expanded the artichoke crop. By 1926, 12,000 acres in California, most of them in Castroville, were dedicated to growing artichokes.

The beginning of the fair 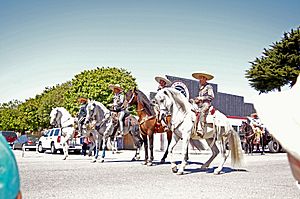 The festival in the 21st century 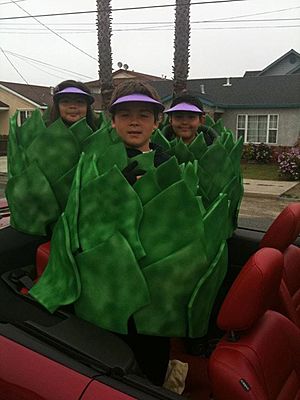 All content from Kiddle encyclopedia articles (including the article images and facts) can be freely used under Attribution-ShareAlike license, unless stated otherwise. Cite this article:
Castroville Artichoke Festival Facts for Kids. Kiddle Encyclopedia.