The Chicago Public Library (CPL) is the public library system that serves the City of Chicago in the U.S. state of Illinois. It has over 80 libraries in the city. The system was made in 1873.

In the aftermath of the 1871 Great Chicago Fire, Londoner A.H. Burgess, with the aid of Thomas Hughes, drew up what would be called the "English Book Donation," which proposed that England should provide a free library to the burnt-out city. The Chicago Public Library was created directly from the ashes of the great Chicago Fire. Burgess wrote on December 7, 1871 in the London Daily News that "I propose that England should present a Free Library to Chicago, to remain there as a mark of sympathy now, and a keepsake and a token of true brotherly kindness forever..." 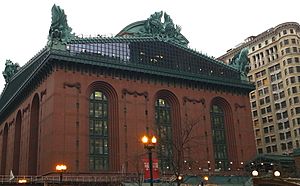 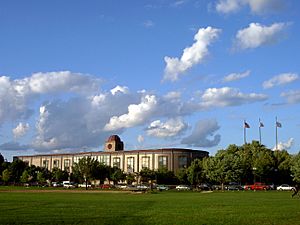 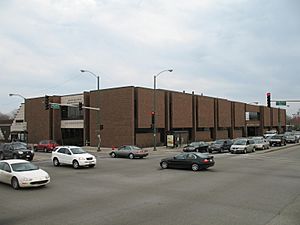 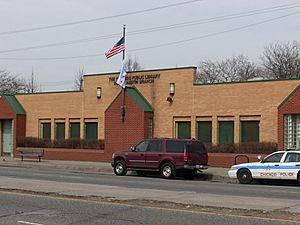 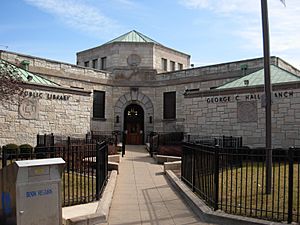 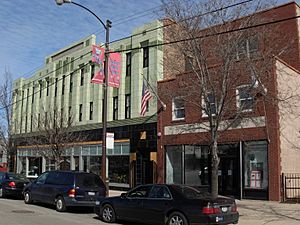 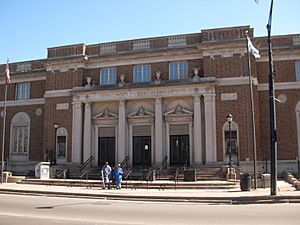 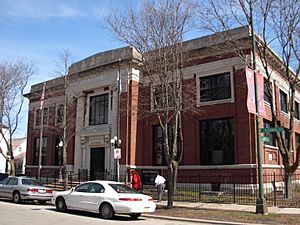 All content from Kiddle encyclopedia articles (including the article images and facts) can be freely used under Attribution-ShareAlike license, unless stated otherwise. Cite this article:
Chicago Public Library Facts for Kids. Kiddle Encyclopedia.