Christina of the Netherlands facts for kids 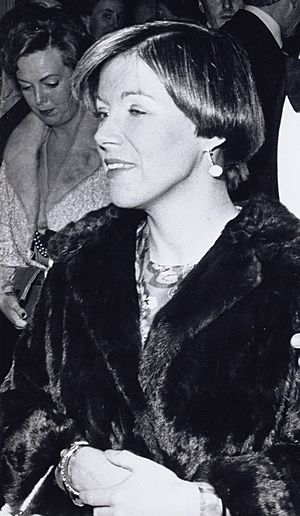 During pregnancy, her mother was diagnosed with rubella and as a result, Christina was born nearly blind. Her godfather was British Prime Minister Winston Churchill.

In June 2018, it was announced that Christina had been diagnosed with bone cancer. She died on 16 August 2019 in Noordeinde Palace, Den Haag, Netherlands from the disease, aged 72.

All content from Kiddle encyclopedia articles (including the article images and facts) can be freely used under Attribution-ShareAlike license, unless stated otherwise. Cite this article:
Christina of the Netherlands Facts for Kids. Kiddle Encyclopedia.