Clara (Irish: Clárach, meaning plain/district) is a Catholic Parish in the Diocese of Ossory (Roman Catholic): also one of the Civil parishes in Ireland. Both parishes are located in County Kilkenny in the Republic of Ireland.

The Catholic Parish of Clara in the Diocese of Ossory was created c1852 from the old Catholic parish of Gowran.

Clara church Parish consists of the Civil Parishes of:

The civil parish may consist of around one thousand inhabitants, and is situated three miles east of Kilkenny city. 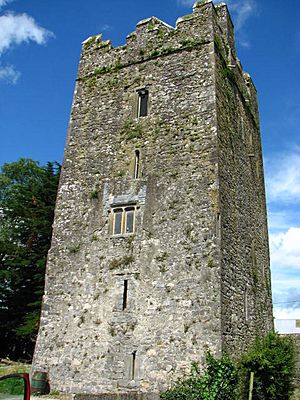 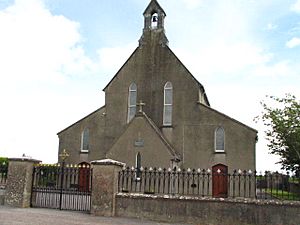 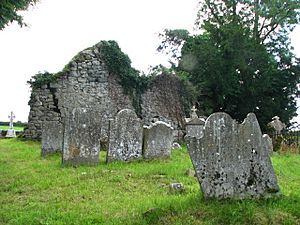 Clara is also home to Clara Castle, a five-storey tower house built in the fifteenth century by the Shortall family.

All content from Kiddle encyclopedia articles (including the article images and facts) can be freely used under Attribution-ShareAlike license, unless stated otherwise. Cite this article:
Clara, County Kilkenny Facts for Kids. Kiddle Encyclopedia.