Coat of Arms of Cyprus facts for kids 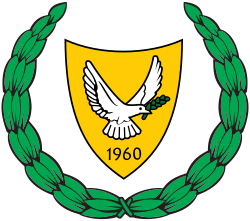 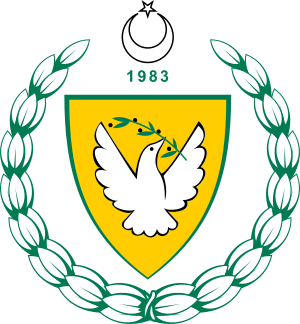 The coat of arms of Cyprus show a dove and an olive branch (a well-known symbol of peace) over “1960”, the year of Cypriot independence from British rule. Northern Cyprus uses a separate coat of arms and “1983” is used for when it gained independence but its recognised by Turkey.

All content from Kiddle encyclopedia articles (including the article images and facts) can be freely used under Attribution-ShareAlike license, unless stated otherwise. Cite this article:
Coat of Arms of Cyprus Facts for Kids. Kiddle Encyclopedia.