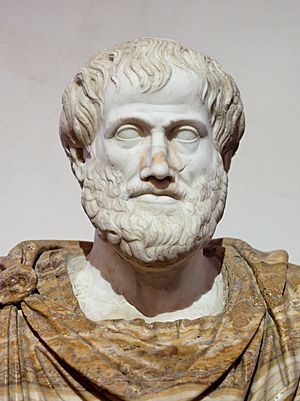 Aristotle, the first person known to have discussed "common sense", described it as the ability with which animals (including humans) process sense-perceptions, memories and imagination (phronein) in order to reach many types of basic judgments. In his scheme, only humans have real reasoned thinking (noein), which takes them beyond their common sense.

For the pamphlet by Thomas Paine see Common Sense (pamphlet)

Common sense means what people would agree about. It is a personal judgement based on the facts of a situation. Common sense is usually the simplest and most direct account of a situation. It is the knowledge and experience which most people have, or should have. The Cambridge Dictionary defines it as, "the basic level of practical knowledge and judgment that we all need to help us live in a reasonable and safe way".

"Common sense" has at least two philosophical meanings. One is a capability of the mind to perceive things like movement and size. The second is our natural sense for other humans and the community. Both of these refer to a type of basic awareness and ability to judge. Most people are expected to share these things naturally, even if they can not explain why.

It is quite possible for common sense to be wrong, and science often explains things in quite a different way from common sense. People lack any common-sense intuition of the universe at subatomic distances, or of speeds approaching that of light. It is very well known that the Earth travels around the Sun but people once thought that the Sun going around the Earth was common sense.

All content from Kiddle encyclopedia articles (including the article images and facts) can be freely used under Attribution-ShareAlike license, unless stated otherwise. Cite this article:
Common sense Facts for Kids. Kiddle Encyclopedia.