Kids Encyclopedia Facts
This page is about the area on the New South Wales South Coast. For the suburb on the Gold Coast, see Coolangatta, Queensland. 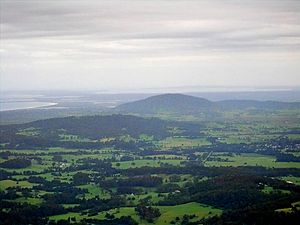 A view of Coolangatta Mountain and Jervis Bay (in the background) from the Drawing Room Rocks area. The land around the mountain is in Shoalhaven LGA; this includes the small town of Berry (right front) 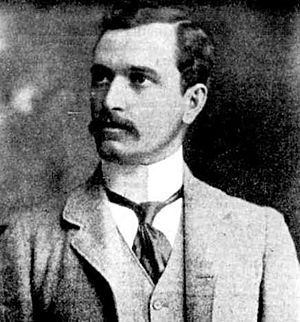 Coolangatta is a local aboriginal word meaning "splendid view". Behind the settlement is a tall hill known as Coolangatta Mountain. In 1822 Scotsman Alexander Berry settled and built an estate (Coolangatta Estate) in the area, he was the first European to settle in the Shoalhaven area. In 1846 the brigantine ship Coolangatta, named by Berry for his estate, was wrecked on what is today Queensland's Gold Coast. It's from that ship that the better known Coolangatta, Queensland gets its name.

All content from Kiddle encyclopedia articles (including the article images and facts) can be freely used under Attribution-ShareAlike license, unless stated otherwise. Cite this article:
Coolangatta, New South Wales Facts for Kids. Kiddle Encyclopedia.