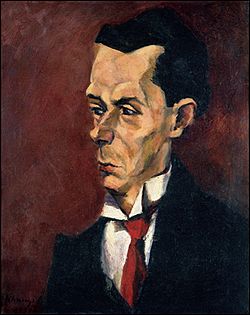 A critic is a professional who communicates an assessment and an opinion of various forms of creative works such as art, literature, music, cinema, theater, fashion, architecture, and food. Critics may also take as their subject social or government policy. Critical judgments, whether derived from critical thinking or not, weigh up a range of factors, including an assessment of the extent to which the item under review achieves its purpose and its creator's intention and a knowledge of its context. They may also include a positive or negative personal response.

Characteristics of a good critic are articulateness, preferably having the ability to use language with a high level of appeal and skill. Sympathy, sensitivity and insight are important too. Form and style are all considered by the critic. In architecture and food criticism, the item's function, value and cost may be added components.

Formally, the word is applied to persons who are publicly accepted and, to a significant degree, followed because of the quality of their assessments or their reputation. Influential critics of art, music, theatre and architecture often present their arguments in complete books.

Unlike other individuals who may critic on subjects via websites or letters written to publications, professional critics are paid to produce their assessment and opinions for print, radio, magazine, television, or Internet companies. When their personal opinion outweighs considered judgment, people who give opinions, whether on current events, public affairs, sports, media or art are often referred to as "pundits" instead of critics.

All content from Kiddle encyclopedia articles (including the article images and facts) can be freely used under Attribution-ShareAlike license, unless stated otherwise. Cite this article:
Critic Facts for Kids. Kiddle Encyclopedia.