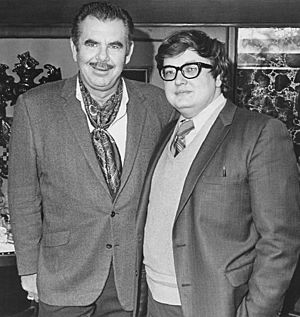 Roger Ebert became the first movie critic to win a Pulitzer Prize. After his win, many other critics were awarded with this honor.

All content from Kiddle encyclopedia articles (including the article images and facts) can be freely used under Attribution-ShareAlike license, unless stated otherwise. Cite this article:
Movie criticism Facts for Kids. Kiddle Encyclopedia.