David B. Wingate facts for kids 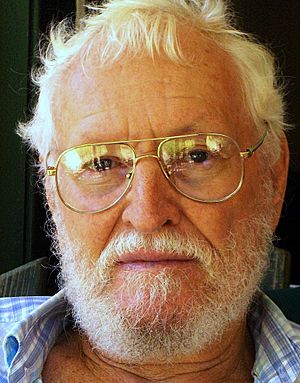 In 1951 he and Robert Cushman Murphy and Louis S. Mowbray found the Bermuda petrel, also called a cahow. The bird species was thought to be extinct since the 1620s. The discovery inspired him to study Zoology at Cornell University. When he returned to Bermuda 1958, he began work to save the cahow. He went on to become the Conservation Officer for the Bermuda Government Parks Department from 1966 to his retirement in 2000.

He was credited with rediscovering the black-capped petrel in Haiti in 1963.

All content from Kiddle encyclopedia articles (including the article images and facts) can be freely used under Attribution-ShareAlike license, unless stated otherwise. Cite this article:
David B. Wingate Facts for Kids. Kiddle Encyclopedia.