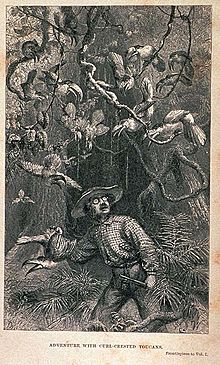 Henry Walter Bates in the Amazon 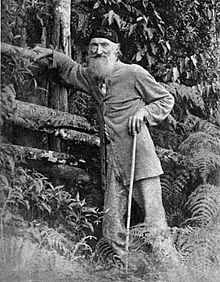 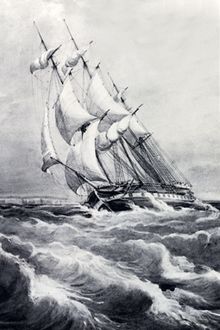 HMS Rattlesnake
In the 19th century, naturalists travelled on ships like this! Thomas Henry Huxley went round the world on this ship. He found his wife in Sydney, Australia

Natural history is the study of plants and animals in the wild, and the environments they live in. This includes the geology of the places in which they live.

The work of naturalists is observation, interpretation, collecting and classification, rather than experiments. People who study natural history are called naturalists. They were among the first to explore the world. They were the first to study the Amazon and other tropical places. Naturalists find new species and classify plants and animals. They study ecology.

Naturalists developed some theoretical ideas which were valuable. They noticed that living things fitted the lives they led. This was adaptation. They noticed a struggle for existence between animals. They thought they could see a chain of being from lower animals to higher, which they thought was the work of God. The idea that such things might happen by natural means began to surface in the 18th century, and become the majority view in time of Charles Darwin.

Before Darwin, most naturalists did not think of themselves as scientists. When they looked at nature, perhaps as explorers, they looked at everything. They looked at the land, the people, the plants and animals. After Darwin, they did see themselves as scientists. Early on, Darwin called himself a geologist. Thomas Henry Huxley was an anatomist. Joseph Dalton Hooker was a botanist. Charles Lyell was a geologist. They changed the way in which they were educated as well. They often took degrees in science. That sort of education was rare before Darwin.

Naturalists were educated amateurs; scientists are trained professionals. The change happened slowly, during the 19th century. The very word scientist was invented in 1837 by William Whewell. Before then, the term was natural philosopher (for the physical sciences) or natural historian (for the biological sciences and geology). Naturalist is short for natural historian.

Some of the people who are important because they were interested in natural history are:

All content from Kiddle encyclopedia articles (including the article images and facts) can be freely used under Attribution-ShareAlike license, unless stated otherwise. Cite this article:
Natural history Facts for Kids. Kiddle Encyclopedia.