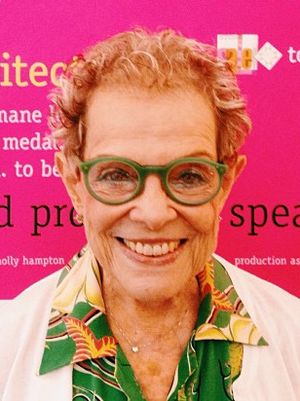 Deborah Elaine Sussman (May 26, 1931 – August 20, 2014) was an American artist and designer. She was a discoverer in the field of environmental graphic design. Her work put graphic design into architectural and public spaces. She worked on many projects, most notably the architectural landscape of the 1984 Summer Olympics. She was awarded an AIGA medal in 2004.

Sussman was born in Brooklyn borough of New York City, New York. Her father was a skilled commercial artist.

Sussman died from breast cancer on August 20, 2014 in Los Angeles, California. She was 83.

All content from Kiddle encyclopedia articles (including the article images and facts) can be freely used under Attribution-ShareAlike license, unless stated otherwise. Cite this article:
Deborah Sussman Facts for Kids. Kiddle Encyclopedia.