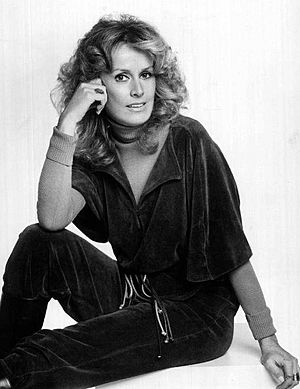 Hyland began acting in 1955 at age 19. She appeared in television series, including Eleventh Hour, The Invaders and The Twilight Zone. In Peyton Place, she played Susan Winter.

Hyland was born in Cleveland Heights, Ohio. She died of breast cancer in Los Angeles, California at age 41.

All content from Kiddle encyclopedia articles (including the article images and facts) can be freely used under Attribution-ShareAlike license, unless stated otherwise. Cite this article:
Diana Hyland Facts for Kids. Kiddle Encyclopedia.