In the recent past prior to the merger of the two congregations, activities have included regular Sunday worship, a programme of music concerts, hosting an NHS group therapy centre and hosting a night-time drop in centre, and a night-time drop-in centre hosted by Cambridge Street Pastors. The refurbishment has been designed to facilitate similar activities are once the current refurbishment programme is complete. 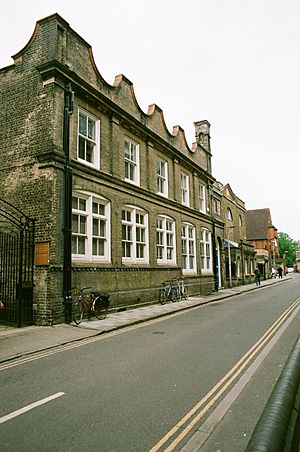 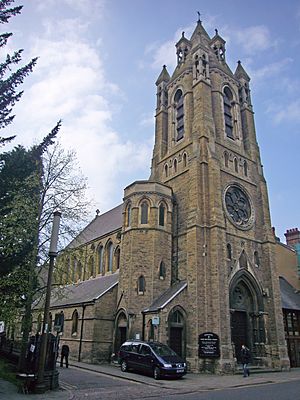 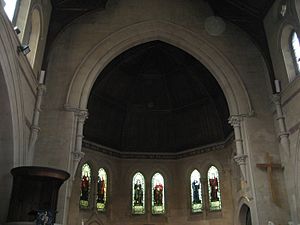 The Emmanuel congregation was founded as the Cambridge 'Great Meeting' in 1687, at Hog Hill, the original building being there, on what is now the Old Music School in Downing Place. From 1691 the minister was Joseph Hussey; he was commemorated in the stained glass in the apse of the former Emmanuel United Reformed Church building alongside John Greenwood, Henry Barrow, Oliver Cromwell, John Milton and Francis Holcroft. Hussey's congregation split in 1696, with some going to the meeting in Green Street, Cambridge, and again after he had left for London, in 1721, with a group founding the precursor of St Andrew's Street Baptist Church, Cambridge. The church was rebuilt on the same site in the later 18th century, opening as Emmanuel Congregational Chapel in 1790. The move to the new church on Trumpington Street, called the Emmanuel Congregational Church, came in 1874. The old chapel was put to use from 1881 as the Balfour Biological Laboratory for Women, for female science students in the University of Cambridge. Prior to September 2020, Emmanuel United Reformed Church occupied a building on Trumpington Street, Cambridge. It was built to a design by the architect James Cubitt in 1875. The building was sold to Pembroke College to form part of the college's Mill Lane development project.

In the years leading up to the merger, Emmanuel organised regular Sunday worship and a programme of community activities in the recent past: a volunteer-staffed fairtrade cafe, a series of lunchtime music recitals and a share in Hope Cambridge's Churches Homeless Project.

St Columba's was historically a Presbyterian church. A Presbyterian congregation first registered in Cambridge 1689, at that time based in Green Street. The congregation of St Columba's was formally established in 1881, initially worshipping in Cambridge Guildhall. As of 1891, the present-day building on Downing Place had been built. As well as being a congregation of the Presbyterian Church of England and, from 1972, of the United Reformed Church, St Columba's was also the Chaplaincy for the Church of Scotland to the University of Cambridge; the minister's appointment as chaplain being with the concurrence of the Kirk's Presbytery of England. In the years leading up to the merger, St Columba's, the church's programme included regular Sunday worship, hosting a group therapy centre, and a night-time drop-in centre hosted by Cambridge Street Pastors.

On 9 June (St Columba's Day) 2018, St Columba's Church and Emmanuel Church united to form Downing Place United Reformed Church. The combined congregation occupies the former St Columba's building in Downing Place. (The former Emmanuel building was sold to Pembroke College, Cambridge across the road in Trumpington Street, who intended to retain it as a lecture and performance area as part of their Mill Lane redevelopment. The merged congregation retained the use of the church building for a short period. The final service in the Emmanuel building took place on Sunday 26 July 2020 and all activities at Trumpington Street have now ceased.

Among the other people who have been associated with the two churches over the years, Michael Ramsey, who later became Archbishop of York, worshipped at what was then Emmanuel Congregational church as a child, where his father was a deacon. Among those listed on the Roll of Honour of Missionaries valedicted from St Columba's Church are two notable ecumenists, William Paton to India in 1919 (first general secretary of what is now the National Council of Churches in India), and Lesslie Newbigin to India in 1936 (becoming one of the first bishops of the new Church of South India in 1947).

All content from Kiddle encyclopedia articles (including the article images and facts) can be freely used under Attribution-ShareAlike license, unless stated otherwise. Cite this article:
Downing Place United Reformed Church, Cambridge Facts for Kids. Kiddle Encyclopedia.