Drosophila subobscura is a species of fruit fly in the family Drosophilidae. It was originally found around the Mediterranean, but it has spread to most of Europe and the Near East. It has been introduced into the west coasts of Canada, the United States, and Chile. 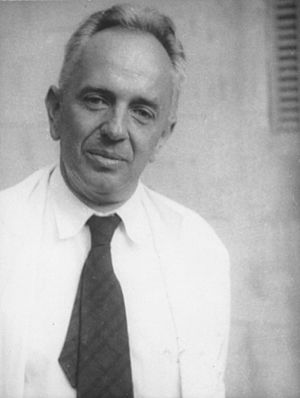 They have served as favorable models ever since Dobzhansky and his colleagues published their influential works in the 1930s and 40s. From its discovery in the Palearctic realm to its colonization of North and South America, it has attracted the interests of scientists. It has provided evidence of its evolution, biology, and ecology.

All content from Kiddle encyclopedia articles (including the article images and facts) can be freely used under Attribution-ShareAlike license, unless stated otherwise. Cite this article:
Drosophila subobscura Facts for Kids. Kiddle Encyclopedia.