Eleanor Emily Hodgman was born in Littleton, New Hampshire, on December 19, 1868, the daughter of Llewella French (née Woolson) and Francis Fletcher Hodgman. She was trained as a singer, attending the New England Conservatory for several years. In 1892 she married John Lyman Porter and relocated to Massachusetts, after which she began writing and publishing her short stories and, later, novels. She died in Cambridge, Massachusetts, on May 21, 1920, and was buried at Mount Auburn Cemetery. 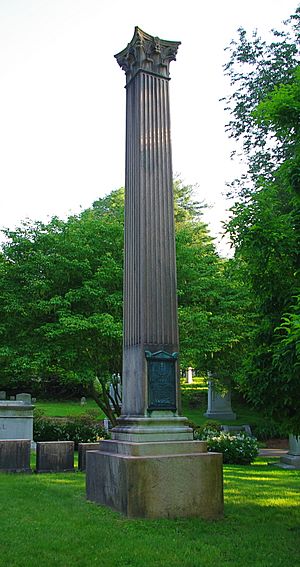 Porter wrote mainly children's literature, adventure stories, and romance fiction. Her most famous novel is Pollyanna (1913), followed by a sequel, Pollyanna Grows Up (1915).

Porter achieved considerable commercial success: Pollyanna ranked eighth among best-selling novels in the United States during 1913, second during 1914, and fourth during 1915 (with 47 printings between 1915 and 1920); Just David ranked third in 1916; The Road to Understanding ranked fourth in 1917; and Oh Money! Money! ranked fifth in 1918.

All content from Kiddle encyclopedia articles (including the article images and facts) can be freely used under Attribution-ShareAlike license, unless stated otherwise. Cite this article:
Eleanor H. Porter Facts for Kids. Kiddle Encyclopedia.