A picture of an invitation to the Japanese embassy in Iceland

Ephemera (ἐφήμερα) is a noun, the plural neuter of ephemeron and ephemeros, Greek and New Latin for ἐπί – epi "on, for" and ἡμέρα – hemera "day" with the ancient sense extending to the mayfly and other short lived insects and flowers and for something which lasts a day or a short period of time. 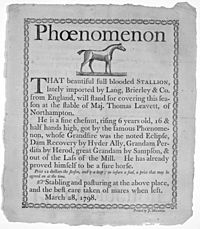 In library and information science, the term ephemera also describes the class of published single-sheet or single page documents which are meant to be thrown away after one use. This classification excludes simple letters and photographs with no printing on them, which are considered manuscripts or typescripts. Large academic and national libraries and museums may collect, organize, and preserve ephemera as history. A particularly large and important example of such an archive is the John Johnson Collection of Printed Ephemera at the Bodleian Library, Oxford. Over 2,000 images from the John Johnson Collection are available to search online for free at VADS and more than 65,000 items are available online. The extensive Laura Seddon Greeting Card Collection from the Manchester Metropolitan University gathers 32,000 Victorian and Edwardian greeting cards and 450 Valentine's Day cards dating from the early nineteenth century, printed by the major publishers of the day. The Ephemera Kabinett at the Los-Angeles–based Institute of Cultural Inquiry contains 'first' items from cultural turning points of the last two decades, such as a copy of the first Marvel comic in which a lead character comes out of the closet and one of the first AIDS red ribbons.

By extension, video ephemera and audio ephemera refer to transitory audiovisual matter not intended to be retained or preserved. Surprisingly, the great bulk of video and audio expression has, until recently, been ephemeral. Early TV broadcasts were not preserved (indeed, the technology to preserve them postdates the invention of television, and even after such technology came into use in the 1950s, much of the content of programming not in prime time was destroyed for economic reasons well into the 1970s). Even if radio and television stations preserve archives of their broadcasts, those backcatalogs are inaccessible in practice to the general public, leaving it to a small number of underground tape traders to exchange the rare, lucky moments when something unexpected or historical came across the air.

An article on the Ephemera Society of America website notes

Printed ephemera gave way to audio and video ephemera in the twentieth century. ... These present even more of a preservation problem than printed materials. Although seldom made available for libraries, when videotapes are acquired for archival preservation they are found to be made on low quality tape, poorly processed, and damaged from abuse by users.

The large capacity and reach provided by resources such as the Internet Archive and YouTube have made finding and sharing video ephemera (past and present) dramatically easier.

As ephemera are items that are not supposed to be retained, they are easily accessible and attractive for collectors. Most of them can be obtained by either asking family members or friends to save it. Printed ephemera usually contain various promotional images and texts. Different themes, types, sizes, and shapes make these items perfect for collecting. Online collector catalogs exist to showcase different types of ephemera and provide information to enthusiasts.

All content from Kiddle encyclopedia articles (including the article images and facts) can be freely used under Attribution-ShareAlike license, unless stated otherwise. Cite this article:
Ephemera Facts for Kids. Kiddle Encyclopedia.