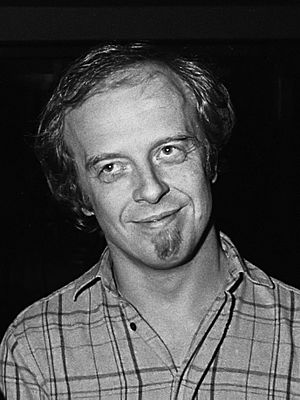 Erik van der Wurff (9 July 1945 – 22 September 2014) was a Dutch pianist, composer, arranger, producer and conductor. He worked on mostly the soundtracks and as a composer for many movies and television shows. He was mainly worked between 1977 and 2003. He also made acting appearances in two Dutch television shows in 1977 and 1980.

Van der Wurff was born in De Bilt, Utrecht. In 2009, he was given the Order of the Netherlands Lion.

All content from Kiddle encyclopedia articles (including the article images and facts) can be freely used under Attribution-ShareAlike license, unless stated otherwise. Cite this article:
Erik van der Wurff Facts for Kids. Kiddle Encyclopedia.