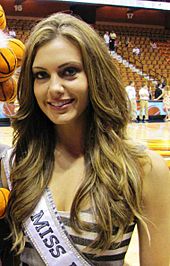 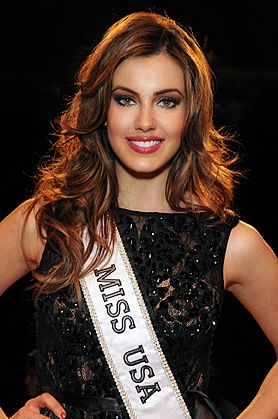 Erin was born on November 5, 1987, in East Hampton, Connecticut. Her father is Francis Brady and she has a sister named Audrey. Erin is a "compulsive gum chewer." Erin is of Armenian, Polish, German and Irish ancestry.

Activism for drug and alchohol awareness

Erin has worked to raise awareness about the effects of drug and alchohol abuse. She told the Associated Press, "I grew up in a family influenced by that and I think it's really important to help the children of families that are suffering from those problems."

Erin has also worked tirelessly for the Ferrari and Friends Concorso, and the Make-A-Wish Foundation. In August 2013 she was inducted to the "Ride of Fame" of New York City.

Erin competed in Miss Connecticut USA 2012, where she finished second.

She then competed in Miss Connecticut USA 2013, which she won, and subsequently participated in Miss USA 2013, where she finished first, becoming the first Connecticuter to win the title. During the finals, she was asked a question about a Supreme Court ruling regarding criminal justice, and Erin responded, "If someone is being prosecuted and committed a crime, it should happen. There are so many crimes that if that's one step closer to stopping them, then we should be able to do so." In the finals, Erin competed with Miss Alabama USA and won.

Erin is also a well-known actress, having performed in the following movies:

All content from Kiddle encyclopedia articles (including the article images and facts) can be freely used under Attribution-ShareAlike license, unless stated otherwise. Cite this article:
Erin Brady Facts for Kids. Kiddle Encyclopedia.