The European Exchange Rate Mechanism 2 (ERM 2 or ERM II), formerly ERM, is a system created by the European Economic Community on 1 January 1999.

After the adoption of the euro, policy changed to linking currencies of EU countries outside the eurozone to the euro (having the common currency as a central point). The goal was to improve the stability of those currencies. As of 2020, three currencies participate in ERM II: the Danish krone, the Croatian kuna and the Bulgarian lev. 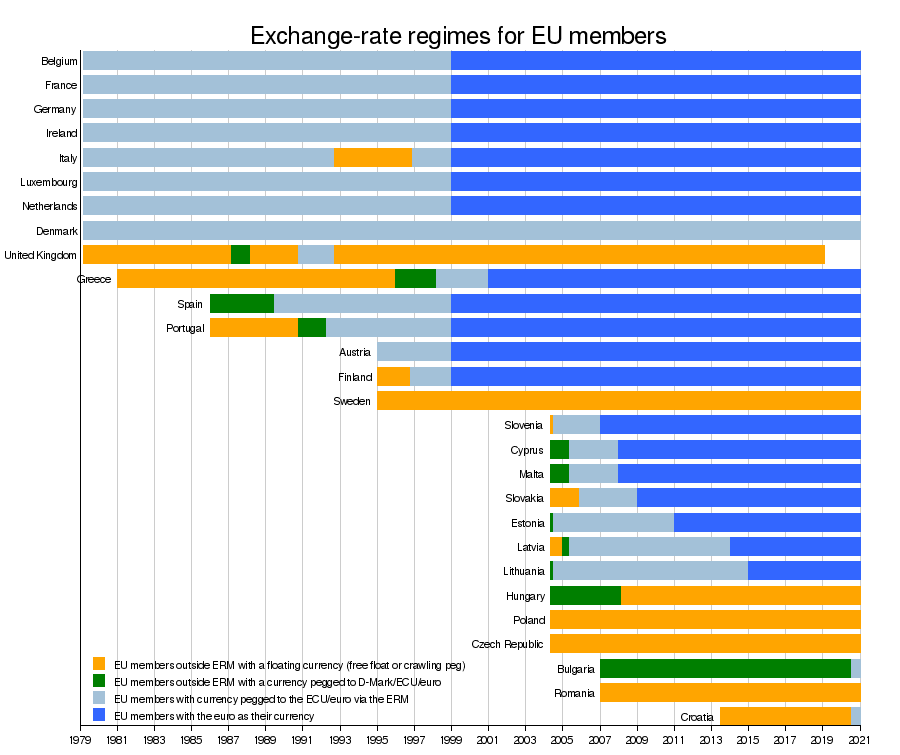 All content from Kiddle encyclopedia articles (including the article images and facts) can be freely used under Attribution-ShareAlike license, unless stated otherwise. Cite this article:
European Exchange Rate Mechanism Facts for Kids. Kiddle Encyclopedia.