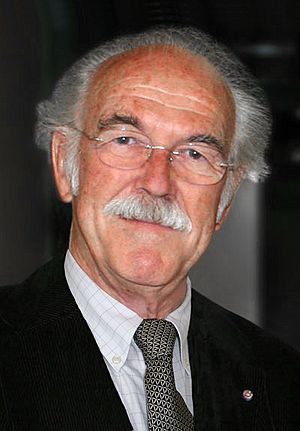 Ewald R. Weibel HonFRMS (5 March 1929 – 19 February 2019) was a Swiss biologist. He was director of the Institute of Anatomy at the University of Bern. He was known for his works with the Weibel-Palade bodies, which are named after him and his Romanian American colleague George Emil Palade.

All content from Kiddle encyclopedia articles (including the article images and facts) can be freely used under Attribution-ShareAlike license, unless stated otherwise. Cite this article:
Ewald Weibel Facts for Kids. Kiddle Encyclopedia.