Fieldale is a census-designated place (CDP) in Henry County, Virginia, United States. The population was 879 at the 2010 census. It is part of the Martinsville Micropolitan Statistical Area. 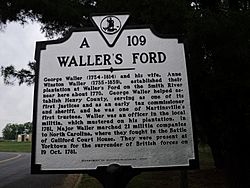 The area was first settled in 1760 by planter George Waller, an officer in the state militia who was later promoted to Colonel, and his wife Ann Winston (Carr), first cousin of statesman Patrick Henry, as a protected ford across the Smith River. The local militia trained on Col. Waller's acreage. The settlement was subsequently known as Waller's Ford for over a century. A Virginia Historical Highway Marker unveiled in September 2007 marks the location of Col. Waller's plantation. In 1916, Marshall Field & Company purchased the site from the Waller heirs and established Fieldcrest Mills, the town of Fieldale, and an 8,500-square-foot (790 m2) company clubhouse, all completed in 1919. Fieldale was the first town in southwestern Virginia with sidewalks, electric lighting, and municipal water and sewer. 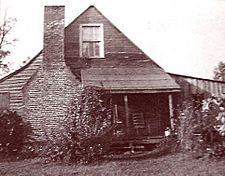 The Fieldale Historic District, Marshall Field and Company Clubhouse, and Virginia Home are listed on the National Register of Historic Places.

According to the United States Census Bureau, the CDP has a total area of 1.6 square miles (4.2 km²), all of it land. 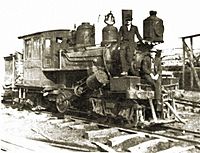 There were 420 households, out of which 21.4% had children under the age of 18 living with them, 50.7% were married couples living together, 10.7% had a female householder with no husband present, and 34.5% were non-families. 31.9% of all households were made up of individuals, and 16.9% had someone living alone who was 65 years of age or older. The average household size was 2.21 and the average family size was 2.78.

All content from Kiddle encyclopedia articles (including the article images and facts) can be freely used under Attribution-ShareAlike license, unless stated otherwise. Cite this article:
Fieldale, Virginia Facts for Kids. Kiddle Encyclopedia.