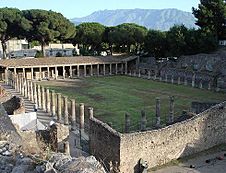 A stadium for follis in Ancient Greece

Follis, a term used in the Ancient Rome, or Ball of Wind (pilota de vent), a term used in the 15th and 16th centuries in Spain and Italy, was a hollow ball, inflated with air under pressure, which allowed the ball to jump and bounce when impacting at a certain speed with any solid body. The different types of balls of wind were commonly used to play a variety of ball games that were popular on that particular period of time.

Today, although many of the existing balls are inflated with air, the modern name is simplified to "ball," regardless of the system.

Scaino Antonio and his work on the ball game

At the request of Alfonso d'Este, Antonio da Salò Scaino (priest, theologian and writer) wrote a remarkable work on the ball game. With reference balls of wind, he described in detail how the bladder and the small tube and a kind of Check valve (or retention) based packing, allowing the bellows to properly inflate the ball in a similar way of the one being used today. He also mentioned the habit of adding some wine inside the chamber so the balls could keep its characteristics (its flexibility) over the time. The system of "Check valve" employed in the balls of wind made of bladder, was described by Juan Valverde de Amusco and "Fray Luis de Granada."

The usual ball of wind was the bladder of an animal. Its outer surface was coated with leather and, once covered, the bladder was filled with air under pressure, using a dedicated type of bellows to inflate it.

All content from Kiddle encyclopedia articles (including the article images and facts) can be freely used under Attribution-ShareAlike license, unless stated otherwise. Cite this article:
Follis (ball) Facts for Kids. Kiddle Encyclopedia.