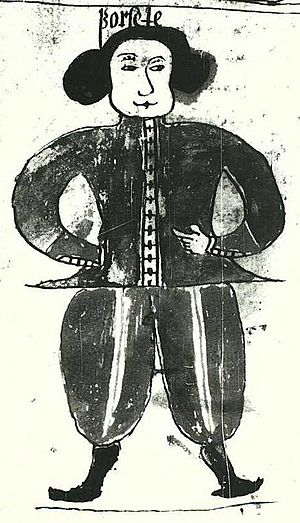 Forseti is a god of justice and reconciliation in Norse mythology. He oversaw courts and mediation. He is one of the Æsir gods. Forseti's name means "the presiding one" in Old Norse. He is often identified with Fosite, a god in the mythology of the Frisians. Forseti was the son of Nanna and Baldur.

All content from Kiddle encyclopedia articles (including the article images and facts) can be freely used under Attribution-ShareAlike license, unless stated otherwise. Cite this article:
Forseti Facts for Kids. Kiddle Encyclopedia.