Gavrus is a commune. It is found in the region Basse-Normandie in the Calvados department in the northwest of France.

The name of the commune was first mentioned in 1222. Gavrus was a Roman cognomen.

The population has grown because Gavrus is close to Caen, a big city. 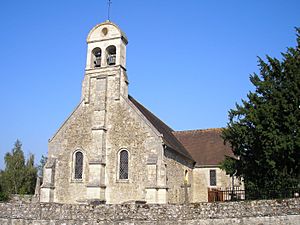 All content from Kiddle encyclopedia articles (including the article images and facts) can be freely used under Attribution-ShareAlike license, unless stated otherwise. Cite this article:
Gavrus Facts for Kids. Kiddle Encyclopedia.