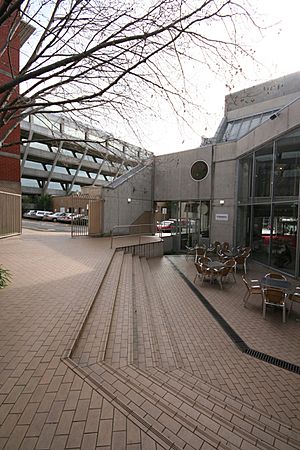 Proposals for a performing arts centre in Geelong were first made in the 1970s. The site chosen had a number of existing buildings upon it:

A Temperance Hall was located on the corner of Little Malop Street and Aitchison Place. It was erected in 1858/59, the foundation stone being laid on 15 November 1858. This distinctive conservative classical building with Barrabool freestone facade, ornate central parapet entablature supported on Tuscan Doric pilasters and matching entrance portal was designed by an unknown architect for the Geelong Total Abstinence Society. The Hall was later used as a Grammar School in 1864. The hall was demolished in 1978 to enable the construction of GPAC. The stones were numbered and put into storage for future rebuilding, the current location being unknown. 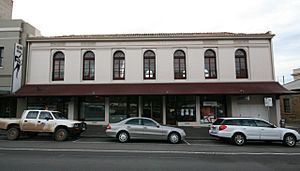 A meeting was held in 1842 to investigate the opening of a Mechanics' Institute in Geelong. The first building was opened in 1846, with a new building opening on the current site on Ryrie Street on March 3, 1856. At some point the building gained a 2nd storey, before it was destroyed by fire in 1926. A new hall was built on site, and was known as the Plaza Theatre. The facade of this building was retained in GPAC. 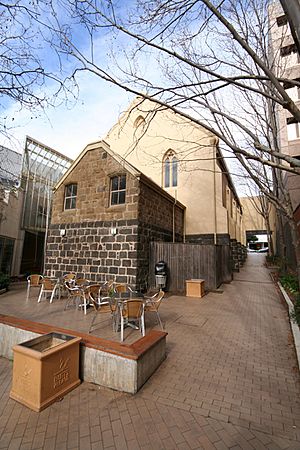 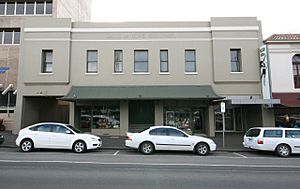 The Ryrie Street Presbyterian Church opened in 1857, and was known as the 'Steeple Church'. It was designed by John Young in 1856 and built in bluestone in an Early English Gothic style. In 1914 the congregation moved to Newtown and became St. David's Presbyterian Church. The steeple was dismantled in 1913, and the present row of two-storey shops along Ryrie Street were built, although the main body of the church still exists today as part of the performing arts centre.

Construction of the centre commenced in 1978 with the demolition of the Temperance Hall. The centre was designed in a Brutalist style with exposed concrete. It was officially opened in 1981, and consists of a number of separate venues:

Corporate sponsorship continues to support the running of the centre today.

The Geelong Arts Centre is a state owned cultural agency that receives funding through the financial assistance of the Victorian Government through Creative Victoriat.

The centre is managed by the members of the Geelong Performing Arts Centre Trust, which was established under the Geelong Performing Arts Centre Trust Act 1980. The trust is comprised by persons nominated by the local councils; experienced in the fields of education, business administration, finance or the performing arts; or having an active interest and leadership role in the performing arts.

All content from Kiddle encyclopedia articles (including the article images and facts) can be freely used under Attribution-ShareAlike license, unless stated otherwise. Cite this article:
Geelong Arts Centre Facts for Kids. Kiddle Encyclopedia.