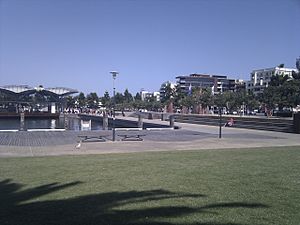 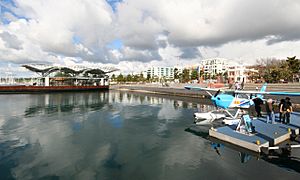 Steampacket Quay on the Geelong waterfront 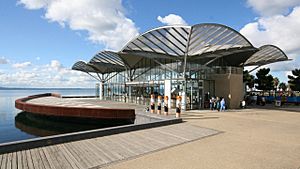 The Geelong Waterfront is a tourist and recreation area on the north facing shores of Corio Bay in Geelong, Australia. The area was once part of the Port of Geelong, falling into disuse before being redeveloped during the 1990s.

All content from Kiddle encyclopedia articles (including the article images and facts) can be freely used under Attribution-ShareAlike license, unless stated otherwise. Cite this article:
Geelong Waterfront Facts for Kids. Kiddle Encyclopedia.