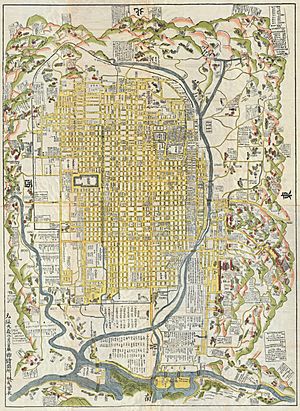 Map of Kyoto published in the Genroku era.

The years of Genroku are generally considered to be the Golden Age of the Edo period. A century of peace and seclusion created good economic conditions and cultural growth.

Events of the Genroku era 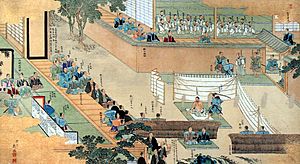 In the 16th day of Genroku, Ōishi Yoshio killed himself in a public ceremony.

All content from Kiddle encyclopedia articles (including the article images and facts) can be freely used under Attribution-ShareAlike license, unless stated otherwise. Cite this article:
Genroku Facts for Kids. Kiddle Encyclopedia.