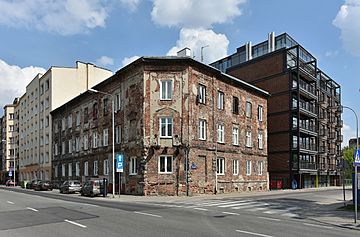 Gentrification in Praga district of Warsaw 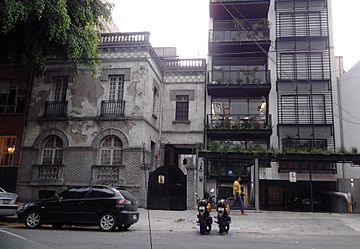 The gentrification process is typically the result of increasing attraction to an area by people with higher incomes spilling over from neighboring cities, towns, or neighborhoods. Further steps are increased investments in a community and the related infrastructure by real estate development businesses, local government, or community activists and resulting economic development, increased attraction of business, and lower crime rates. In addition to these potential benefits, gentrification can lead to population migration and displacement. However, some view the fear of displacement, which is dominating the debate about gentrification, as hindering discussion about genuine progressive approaches to distribute the benefits of urban redevelopment strategies.

All content from Kiddle encyclopedia articles (including the article images and facts) can be freely used under Attribution-ShareAlike license, unless stated otherwise. Cite this article:
Gentrification Facts for Kids. Kiddle Encyclopedia.