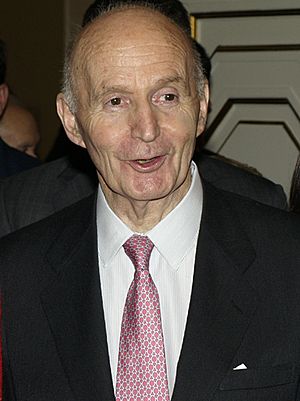 Gonzalo Anes Álvarez de Castrillón (10 December 1931 – 31 March 2014) was a Spanish economist, professor and historian. He was the Marquis of Castrillon from 2010 until his death in 2014. He was also a director of the Royal Academy of History. He was born in Trelles, Coaña, Asturias.

All content from Kiddle encyclopedia articles (including the article images and facts) can be freely used under Attribution-ShareAlike license, unless stated otherwise. Cite this article:
Gonzalo Anes Facts for Kids. Kiddle Encyclopedia.