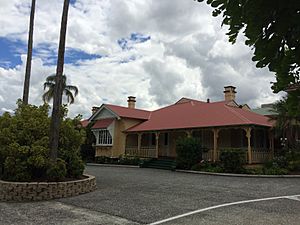 Grantuly (sometimes Grantully) is a heritage-listed house at 67 Elimatta Drive, Ashgrove, Brisbane, Queensland, Australia. It is listed on the Brisbane Heritage Register.

The house was constructed in 1899 as the home for John Killough Stewart, the son of clothing merchant Alexander Stewart, who built the nearby house Glen Lyon in 1876. 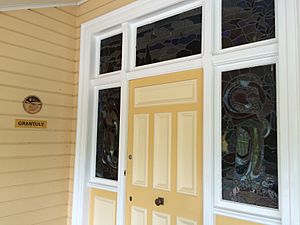 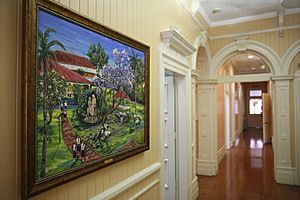 Grantuly was sold to F. J. Moore, who sold it to Roman Catholic Archbishop of Brisbane James Duhig in 1924. In 1925, Duhig gave the house to the Sisters of Charity to use as their convent as they established St Finbarr's School in the nearby Ashgrove shopping centre. In 1928, the school expanded to include a secondary school called Grantuly College. In 1941, the secondary school was renamed Mt St Michael's College to reflect the need for a "warrior angel" to protect the school during World War II.

In 2015, Grantuly is the administration centre of Mt St Michael's College.

Grantuly is listed on the Brisbane Heritage Register, as it:

All content from Kiddle encyclopedia articles (including the article images and facts) can be freely used under Attribution-ShareAlike license, unless stated otherwise. Cite this article:
Grantuly Facts for Kids. Kiddle Encyclopedia.