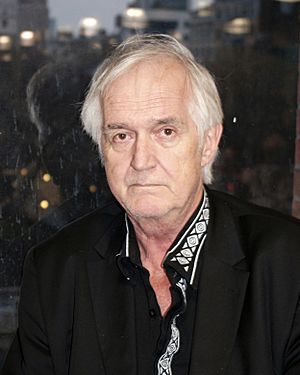 Henning Mankell (3 February 1948 – 5 October 2015) was a Swedish writer. He was born in Stockholm. He wrote stories both for the theatre as well as books and television series. He is best known for a series of crime novels, starring a character he created, inspector Kurt Wallander.

Mankell died of throat and lung cancer in Gothenburg, Sweden on 5 October 2015 at the age of 67.

All content from Kiddle encyclopedia articles (including the article images and facts) can be freely used under Attribution-ShareAlike license, unless stated otherwise. Cite this article:
Henning Mankell Facts for Kids. Kiddle Encyclopedia.