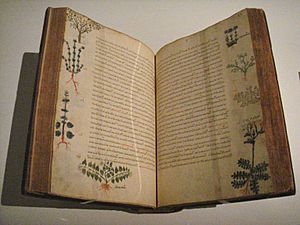 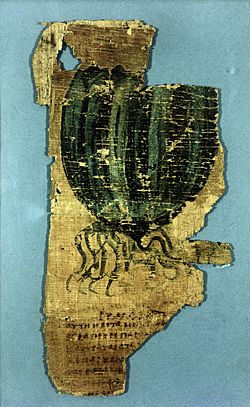 A herbal is a collection of plant descriptions: Very often, it also lists the properties of each plant, or its use, for example for medicine or alchemy. A herebal can also classify the plants it describes. One of the oldest known herbals is the Vienna Dioscurides dating from the 6th century. Physicians and Apothecaries were the main users of such books. Herbals were also important for the study of botany. Hieronymus Bock descrived the plants of southwestern Germany, in his 16th century herbal; he was the first to mention certain morphological features.

All content from Kiddle encyclopedia articles (including the article images and facts) can be freely used under Attribution-ShareAlike license, unless stated otherwise. Cite this article:
Herbal Facts for Kids. Kiddle Encyclopedia.