Hilary Robinson (born 23 January 1962, Paignton, Devon, England) is an English children's author, broadcaster, radio producer and feature writer. She is a Patron of The Children's University.

The daughter of lecturers, Robinson grew up during the civil war in Zaria, Nigeria; Dorset and Yorkshire. Her father, P.H.Turner an economist and a biographer of David Livingstone established an educational trust and spearheaded the building of a non profit making private school in Zaria, Nigeria, which she attended with other local and overseas children including, theatre director, Rufus Norris. Her mother is a lecturer in mathematics with the Open University.

Robinson worked at Radio Aire, TV-am and Yorkshire Television and the BBC's Faith and Ethics Department. She is now a freelance radio producer.

To mark the two hundredth anniversary of the abolition of the slave trade Robinson produced Hang A Thousand Trees With Ribbons – the true story of the published slave Phillis Wheatley, narrated by Oscar-nominated actress Sophie Okonedo, and Private Peaceful to mark Remembrance 2007 with Robson Green. 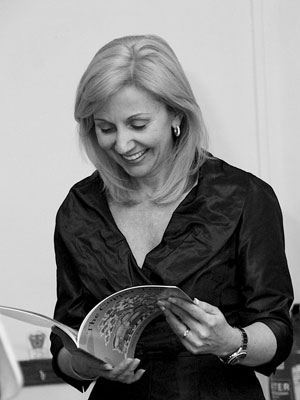 The author of over 60 books her first book, written to help her young daughter cope with a fear of spiders, Sarah The Spider, was published in 1995. The following year the sequel, Sarah The Spider, Prima Spiderina was short-listed for Best Picture Book by the English Association.

In Autumn 2002, Ken Livingstone and the GLC invited her to write Pick It Up – an environmental book featuring litter detectives – which was read at a high-profile launch by Lord Attenborough.

The Spanish edition of The Princess's Secret Letters saw the main character, Princess Isabella become renamed as Princess Letitia in recognition of the marriage in 2004 of Letizia Alvarez, a journalist, to the Spanish Heir Apparent, Felipe, Prince of Asturias.

In April 2012 Hilary Robinson with illustrator Mandy Stanley launched The Copper Tree Class books a series of accessible picture books designed to help young children cope with challenging situations. The first, The Copper Tree, deals with bereavement, the second, Christmas Surprise, celebrates relationships with the elderly and the third, Help A Hamster, focusses on adoption. Other subjects to be covered include, homelessness, travelling children and child caregivers.

A year after publication USA website efunerals.com listed The Copper Tree as one of the top ten books to help children cope with death and grief.

In June 2017 'Mixed Up Fairy Tales' was voted as the top book of 2004 by 384,000 children. They were taking part in the National Literacy Trust’s Young Reader’s Programme to choose their favourite books from the last twenty years.

In September 2003 Robinson visited Durban, South Africa as part of an 8-person delegation to celebrate the Durban Book Appeal in which 60,000 donated books from Leeds were distributed at the Festival of Books, organised by READ (Reading Excellence and Discovery Foundation), to resource understocked libraries in schools. She worked in schools and libraries in many of the most deprived townships and attended the opening of the new Hambanathi library.

In April 2013, Robinson was invited to the Czech Republic to work in schools and libraries, as part of the ten year celebration to mark the twinning of Leeds and Brno.

She is a supporter of, and has worked with, a number of reading initiatives with schools in inner city areas. She has campaigned against the move to promote age banding on children's books collaborated with authors, illustrators and editors to oppose the war on Iraq and supports author Alan Gibbons' campaign against cuts to the library service.

Robinson has written features for The Times, The Times Educational Supplement, The Guardian, The Independent, The Yorkshire Post, Practical Parenting, Primary English, Teach Primary, Family History Monthly and other specialist press. She is a regular blogger at The Huffington Post

In 2004 she won the Gillard Gold Award for Religious Programming and was highly commended with an Andrew Cross Award for D Day – 60 Years On - a live broadcast from Normandy.

Writing in The Radio Magazine (issue 661) on 11 December 2004 after winning the Gillard Gold, Station Editor John Ryan described Hilary as "one of our secret weapons ... she has the ability to develop really creative treatments that make the religious subjects appeal way beyond the traditional audience for faith programmes."

Where The Poppies Now Grow

Flo Of The Somme

A Song For Will and The Lost Gardeners of Heligan

In 2017 published a list of 20 books that celebrated the most popular books of the last two decades. The books were chosen by children who took part in the Young Reader's Programme. Mixed Up Fairy Tales was voted as the top book of 2004 by 384,000 children.

She is married and lives and works in London and Yorkshire. She is a member of the Society of Authors, The Federation of Children's Books and The Radio Academy.

All content from Kiddle encyclopedia articles (including the article images and facts) can be freely used under Attribution-ShareAlike license, unless stated otherwise. Cite this article:
Hilary Robinson (author) Facts for Kids. Kiddle Encyclopedia.