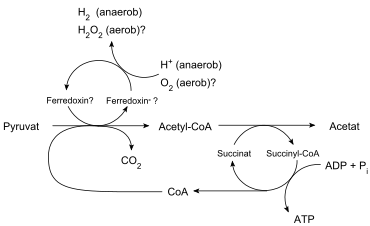 Abb.1: Model of ATP-synthesis in hydrogenosomes.
abb.: CoA = Coenzyme A

A hydrogenosome is a membrane-enclosed organelle of some anaerobic ciliates, trichomonads, fungi and a few metazoa. The hydrogenosomes of trichomonads (the best studied) produce ATP by a complex metabolic cycle. Unlike mitochondria, this cycle does not use oxygen. It is thought that hydrogenosomes evolved from mitochondria; their structure is rather similar.

In 2010, scientists reported their discovery of the first known anaerobic metazoans with hydrogenosome-like organelles. These organisms were Loricifera living in sediments under deep-water brine pools like the L'Atalante basin. These brine pools are completely without any oxygen (anoxic).

All content from Kiddle encyclopedia articles (including the article images and facts) can be freely used under Attribution-ShareAlike license, unless stated otherwise. Cite this article:
Hydrogenosome Facts for Kids. Kiddle Encyclopedia.