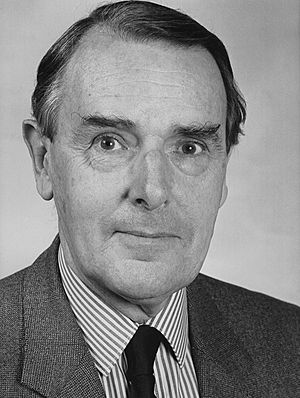 Ian Hill Nish CBE (3 June 1926 - ) is a British academic, a specialist in Japanese studies, and Emeritus Professor of International History at the London School of Economics and Political Science (LSE). He is an expert on the Anglo-Japanese Alliance and Japanese foreign policy.

World War II gave opportunity to many young non-Japanese to become specialists in Japanese studies; and Ian Nish was one of them..

He studied at the School of Japanese Studies in Simla and Karachi in British India.

He earned a master's degree (M.A.) at the University of Edinburgh. He was awarded a doctorate degree (Ph.D.) at the School of Oriental and African Studies (SOAS) in London.

Nish taught in the history department of the University of Sydney from 1957 to 1962.

In a statistical overview derived from writings by and about Ian Nish, OCLC/WorldCat includes roughly 200+ works in 300+ publications in 4 languages and 7,000+ library holdings.

Nish argues that "a foreign scholar of Japan is often only a middleman attempting to distill the ideas of Japanese scholars".

All content from Kiddle encyclopedia articles (including the article images and facts) can be freely used under Attribution-ShareAlike license, unless stated otherwise. Cite this article:
Ian Nish Facts for Kids. Kiddle Encyclopedia.