Kure is a port and major shipbuilding city situated on the Seto Inland Sea in Hiroshima Prefecture, Japan. With a strong industrial heritage, Kure hosts the second-oldest naval dockyard in Japan and remains an important base for the Japan Maritime Self-Defence Force (JMSDF). 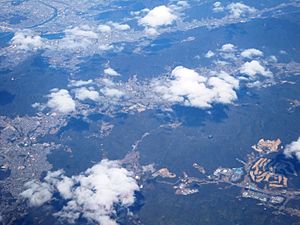 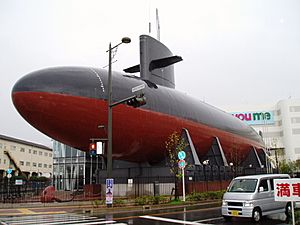 During the Pacific War, Kure acted as Japan's single-largest naval base and arsenal. Most of the city's industry and workforce were employed in the service of the naval installations, munitions factories and associated support functions. In the later stages of the conflict Kure came under sustained aerial bombardment culminating in the Bombing of Kure in June and July 1945.

From February 1946 until the end of Japan's postwar occupation in 1952, military establishments in Kure served at the operational headquarters for the British Commonwealth Occupation Force. 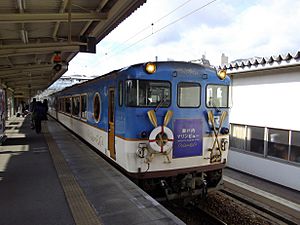 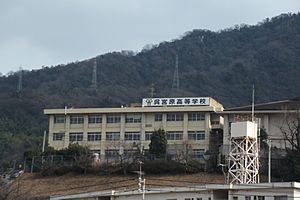 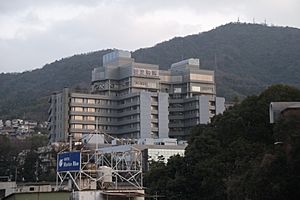 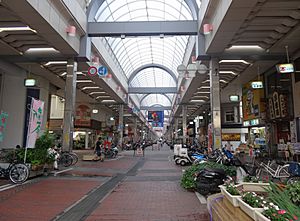 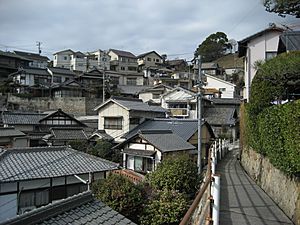 Since 2005, Kure has attracted attention as a tourism center with the Yamato Museum hosting a 1:10 scale model of the IJN Yamato alongside a waterfront JMSDF museum of Japanese naval history.

The city continues as a major maritime center hosting both the dockyards of Japan Marine United and numerous shore-based facilities of the JMSDF including training centers and a major hospital.

The city serves as the home port of an Escort Flotilla (Destroyers), a Submarine Flotilla and the Training Squadron of the JMSDF Regional Kure District.

All content from Kiddle encyclopedia articles (including the article images and facts) can be freely used under Attribution-ShareAlike license, unless stated otherwise. Cite this article:
Kure, Hiroshima Facts for Kids. Kiddle Encyclopedia.