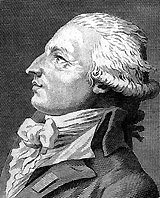 An ideology is a collection of ideas or beliefs shared by a group of people. It may be a connected set of ideas, or a style of thought, or a world-view. The term ideology originates from French idéologie, itself deriving from combining Greek: idéā (Ancient Greek: ἰδέα - idea) and -logíā (the study of). The term ideology, and the system of ideas associated with it, was coined in 1796 by Antoine Destutt de Tracy while in prison pending trial during the Reign of Terror.

There are many different types of ideologies. Communism, socialism, and capitalism are political/economical ideologies.

Many political parties base their political action and program on an ideology. In social studies, a political ideology is a certain ethical set of values, principles, doctrines, myths, or symbols of a social movement, institution, or class which explains how society should work. It offers a political and cultural blueprint for a certain social order. A political ideology largely concerns itself with how to allocate power and to what ends it should be used. Some parties follow a certain ideology very closely, while others may take broad inspiration from a group of related ideologies without specifically embracing any one of them.

Today, many commentators claim that we are living in a post-ideological age, in which redemptive, all-encompassing ideologies have failed. This is often associated with Francis Fukuyama's writings on "the end of history".

All content from Kiddle encyclopedia articles (including the article images and facts) can be freely used under Attribution-ShareAlike license, unless stated otherwise. Cite this article:
Ideology Facts for Kids. Kiddle Encyclopedia.