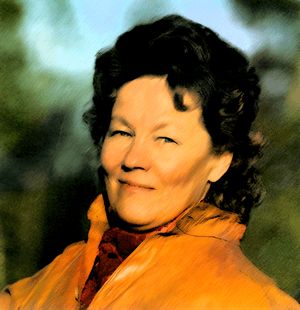 Inga Juuso (5 October 1945 – 23 August 2014) was a Norwegian singer and actress. She appeared and performed in the movie The Kautokeino Rebellion (2008). She was known from her own band performances in the genres of jazz and joik. She did recordings and collabs with many Norwegian musicians like Håkon Mjåset Johansen and Jørn Øien.

Juuso was born in Mosjøen. She was a Sami woman, an ethnic group indigenous to Scandinavia. She was awarded the title of Spellemannprisen in 2011.

All content from Kiddle encyclopedia articles (including the article images and facts) can be freely used under Attribution-ShareAlike license, unless stated otherwise. Cite this article:
Inga Juuso Facts for Kids. Kiddle Encyclopedia.